Fake Bake UK has gone into liquidation. Sandra McClumpha paid £10m for the right to distribute the tanning product in the UK but a few weeks ago a petition was submitted to the Sheriff’s Court for a winding-up order

Zolfo Cooper have confirmed that they had been appointed as provisional liquidators for the Bothwell-based company.

Annual accounts for the year 2010 showed the company had assets worth £2.1m and liabilities of £2.4m. It has been reported that her former business partner used Fake Bake to guarantee a rental agreement on another business, luxury kitchen firm Stone & Wolfe, which is also going through insolvency proceedings. A claim he denies

11 Responses to “Fake Bake In administration” 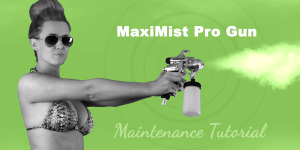